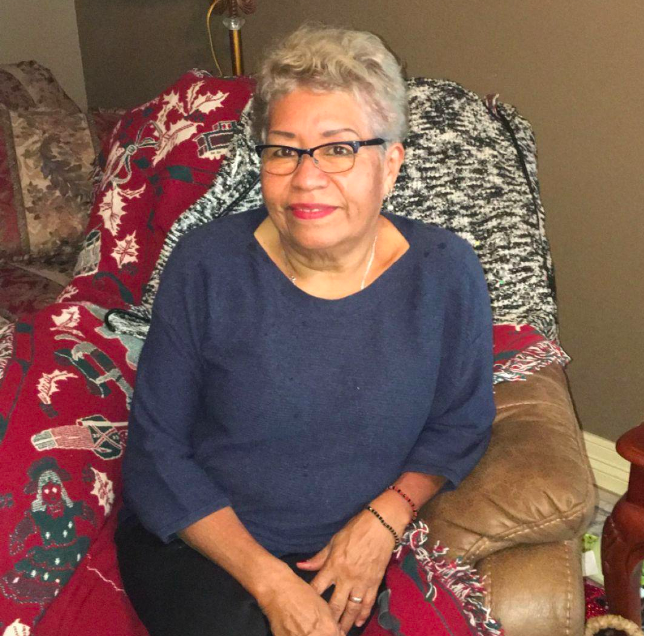 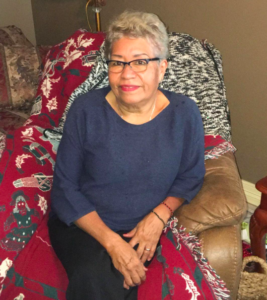 Meet Juanita Garza. She is from Nuevo Laredo, Mexico. After being raised in, getting married and starting a family in Nuevo Laredo, Juanita did not expect to come to the United States. Her husband had a stable job working in a factory in Laredo, a neighboring town across the U.S.-Mexico border, and she was with her 8 children and her extended family. But after her husband received a job offer in Bryan, she visited the city and eventually moved here with her family in the 1980s.

As her initial introduction to Bryan was only meant to be a visit, Juanita did not assess Bryan much when she first arrived. She does remember that the city and Texas A&M University were a lot smaller than they are today. Nonetheless, Bryan provided a great environment for Juanita to raise her children to adulthood and provide them with avenues for success. Looking back at her time in Bryan, Juanita finds it fascinating to observe how much Bryan/College Station and Texas A&M have prospered, by growing in infrastructure, opportunity, and community in the last 40 years. Now that her children are grown and leading their own lives, Juanita focuses her time on two things: family and community. 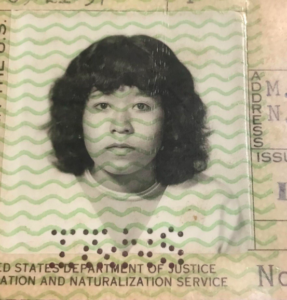 Juanita’s first experience with the Bryan/College Station community came not long after she and her family moved to Bryan. When her husband accepted a job at a pig farm, they were offered free housing by her husband’s boss in addition to her husband’s weekly wages. The hospitality of her husband’s boss led Juanita’s family to become close friends with him, and he eventually helped them buy their home. This kindness is something that greatly impacted Juanita and her family, and she strives to extend to others the same hospitality that was offered to her.

When she is working at a local hospital, Juanita says her favorite part of her job is the connection she develops with patients. Since she is constantly in their rooms, she not only learns patients’ names, but gets a glimpse of their lives as well. In her free time, Juanita spends her time aiding her husband, driving around town, and with others in the community!  It is this shared sense of community that makes Juanita’s days meaningful.

As her years in the United States have gone on, Juanita has made an effort to acquire U.S. citizenship since she would like to have the right to vote, social security, and the full range of benefits offered at her work. She began attending BIIN’s citizenship classes in order to prepare for her naturalization interview, and the shared sense of community that she found there — among people aiming for their citizenship, just like her — is what she remembers about attending BIIN’s citizenship classes for the first time. Among many things, Juanita likes that citizenship classes begin with reciting the Pledge of Allegiance. It represents the rights and freedoms that America grants its residents, and the goal that she is working towards. 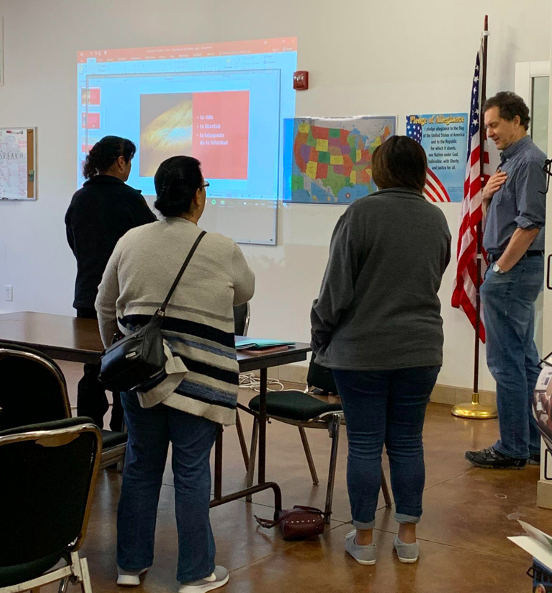 During citizenship classes, Juanita finds she learns the most when she studies the timeline of historical events rather than memorizing the responses for questions asked during a naturalization interview. She also appreciates the one-on-one nature of the classes, as she finds it improves her ability to learn the material. Juanita would like to thank Richard Woodward, one of BIIN’s Spanish citizenship class teachers (pictured above), for his dedication to understanding the best learning style for each student, as well as their individual circumstances when applying for citizenship.

Juanita says that once she receives her citizenship, her dedication to her community will not end. She hopes to give back to the community by volunteering with BIIN. As an immigrant, Juanita wants to provide insight and encouragement to others facing the same situation. She wants to emphasize the importance of the rights and benefits that one can access by becoming a citizen. She also hopes that BIIN will continue to expand its team and further its mission of offering solidarity with immigrants in the Brazos Valley through community outreach.

Thanks to fall 2022 intern Alyssa Mercado for interviewing Juanita and writing this profile of her. 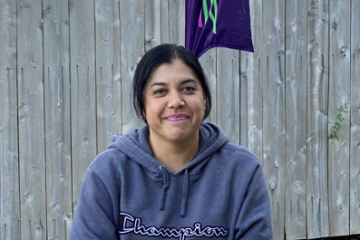 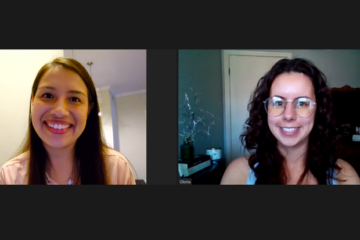 Immigrant Stories: Yazmín García Meet Yazmín García, known by friends and family as Yaz. She and her family are from Monterrey, Mexico, where she worked as a chemist in a food lab for seven years Read more… 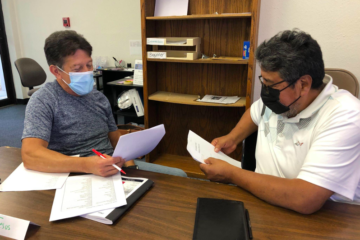 Immigrant Stories: Joel Nava Joel Nava, who was born in 1959 in Mexico City, Mexico, grew up in a big family with 10 siblings.  Joel attended the Instituto Politecnico Nacional, where he earned a degree Read more…