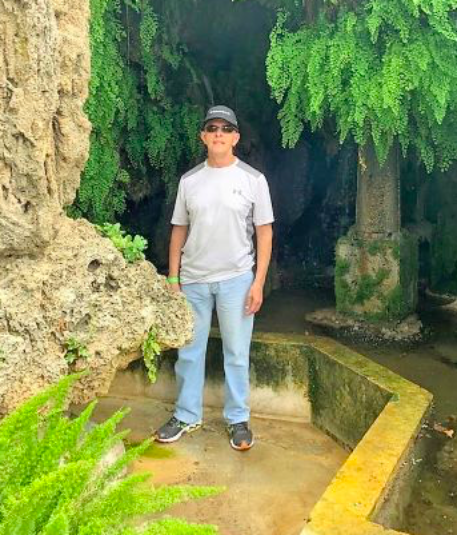 Jesús Alberto Pérez Delgado had a rich and interesting life in Venezuela.  He had a good education and a rewarding career as a manager, administrator and executive, specializing in financial management and human resources.  For some thirty years, he worked for firms in various industries, including agriculture/livestock, wood processing, metalworking, and property management.  He has five adult children, several grandchildren, and is proud of the lives they have made for themselves.  Despite the mounting political and economic problems that have gripped the country in recent years, Jesús Alberto loves Venezuela, and repeatedly refers to it as “my country.”  He had not imagined living elsewhere, until circumstances changed.

In 2018, Jesús Alberto was diagnosed with stomach cancer.  He began to receive chemotherapy in Caracas, but he felt that the on-going political and economic crisis limited the quality of the medical care available there.  Fortunately, he had other options:  one of his daughters was a naturalized U.S. citizen who lived in Texas.  Under family preference rules of immigration law, she was able to bring her parents to the U.S.  With her help and with support from his extended family, Jesús Alberto was able to come to Bryan and to promptly continue his medical treatment through local clinics.  “My last round of chemotherapy was on November 20, 2019,” he recalled, “And I’m feeling great!”

Despite the rigors of his medical treatment and the challenge of adapting to a new cultural context, Jesús Alberto was not one to rest on his laurels.  He knew he needed to work on his English skills.  Growing up in Venezuela in the 1960s and 1970s, he had not had much formal training in or exposure to English.  As he explained, this was a time when it was assumed that “Venezuela was perfect,” and that it would offer its citizens everything they needed.  Schools and other institutions therefore operated as if there were no need to learn languages other than Spanish or to be familiar with ways of life beyond the country’s borders.  Nonetheless, Jesús Alberto knew that the onus was now on him to make up for lost time.  “I left Venezuela on April 4th, 2019, arrived in Bryan on April 6th, and was sitting in my first English class (at Blinn College) on April 8th,” he recalled, laughing.

Through his daughter and other local contacts, Jesús Alberto also heard about the English classes offered at BIIN.  Since the fall of 2019, he has attended BIIN’s Conversation Partners classes.  When talking about the classes, he gushes enthusiasm and gratitude for Susan Dennis, the long-time volunteer and board member who leads the program, with help from a crew of talented volunteers, including Jake Mason, Zoe Schneider, and Miguel Esparza.  Speaking of his teachers, Jesús Alberto remarks, “They are so committed to helping others, and they bring both cariño and conocimiento (affection/love and knowledge) to their work.”

Jesús Alberto regularly attended Conversation Partners classes when they were held in person at the BIIN office, and he was among the first to join when the class moved online in response to the pandemic.  “I prefer in-person classes,” he notes, “But when the teacher drives Zoom, it’s no problem!”  Whether classes are online or in person, Jesús Alberto is eager to learn and quick to participate.  He volunteers often, listens carefully and responds thoughtfully to what instructors and classmates say.

Jesús Alberto reports that he finds it easy, in class, to communicate with others, especially experienced teachers like Susan Dennis and the volunteers who come regularly and establish rapport with the students.  However, he admits, it’s much more challenging to communicate in English outside of class.  Many people “speak so fast,” he observes.  Sometimes people are not aware of why it’s hard to follow what they say, and when faced with someone who is not a native speaker, they may jump to conclusions or just shut down.  For these reasons, second language learners really appreciate what they find in ESL classes:  encouraging instructors, friendly volunteers, and opportunities to actively practice their skills.

From Jesús Alberto’s perspective, what is most helpful is the conversational practice:  the chance to listen, understand and respond to people speaking English, imitate native speakers’ intonations, put words together, answer questions or talk about different topics, all in an environment where it’s easy to ask for help, as needed.  Jesús Alberto especially likes it when Maestra Susan divides the class into small groups or has them pair up with native-speakers.  With Zoom, when they go to designated breakout rooms to work on exercises in small groups, he finds it “more personal and faster-paced.”

Jesús Alberto takes full responsibility for his own learning, and knows that to make true progress, he needs to seize every available opportunity to practice English.  Besides actively participating in classes at BIIN, he takes classes three days a week with another local instructor, reads and watches television in English, and devotes time every day to learning vocabulary through videos and lessons he finds on YouTube.  “Every day is important to me,” he points out, “And if a class or resource is offered for free, it’s even more important to work hard!”

Work hard he does.  After completing his rounds of chemotherapy, Jesús Alberto began looking for work locally.  He translated and updated his resumé and has been looking for a position where he can use his skills in administration and financial management.  In addition to working intensively on his English, he has taken courses for professional certifications at Blinn College.  After interviewing for several managerial positions, he was offered a position that requires doing physical labor while working overnight at a local retail outlet.  This is not what he aspires to, but it helps him stay physically fit, and he has accepted it as a step on the way to meeting his longer-term goal: “to obtain a position which leverages twenty-nine years of experience and expertise in human resources, financial operations, and business coordination.”

Jesús Alberto is clearly committed to doing the work it takes to get there, by learning English, using the resources of his new community, making contacts, and putting himself out there.  (When we met via Zoom one morning to talk, he had been up for more than 20 hours:  he had attended Conversation Partners the previous evening from 6:30 to 8:00 pm, worked at his job from 9:00 pm to 8:00 am, been to a medical appointment, and planned to do some more independent work on his English, before sleeping a few hours, and going to work overnight again.)  As much as he believes in the power of hard work, Jesús Alberto also thinks it’s important that newcomers to the U.S. respect its laws and get to know and understand people’s behavior; in that way, he believes, they will earn others’ respect.

This is a familiar story, one that resonates with beliefs that are common throughout the U.S.:  the value of hard work, the belief in reinventing oneself, the notion that respect comes easily to those who follow the rules and go with the flow.  But it bears repeating that none of us gets anywhere without the support of many others, and that making a decent life for one’s self is much easier if you have resources (educational, economic, linguistic, etc.) and a foundation of personal confidence and success on which to build a new chapter.  Jesús Alberto remains deeply grateful for his daughter’s “careful management” of his health concerns, the generosity of his extended family, the help he received from local organizations and doctors, and the encouragement and support of so many people he has met along the way.

Jesús Alberto brings energy and a positive attitude to Conversation Partners classes, and to all that he does: “Everyone teaches me, and I learn from everyone,” he likes to say.  We are fortunate to have someone with his experience, drive, and perspective not only within BIIN’s circles, but also in our wider community.

Like the stories of so many others, the story of Jesús Alberto Pérez Delgado is not finished, but it is powerful and potentially impactful nonetheless.  For it invites each of us to consider:  What is our story, as individuals and as a community?  What can we do to help the newest of our neighbors feel welcome in our midst?  How do we let our immigrant neighbors know that they are appreciated, no matter what work they do, and that they are heard and understood, regardless of how they speak? 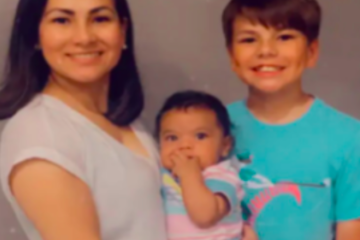 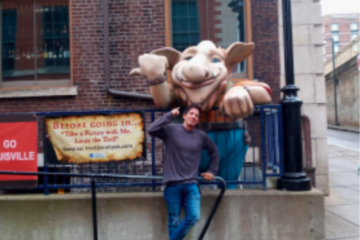 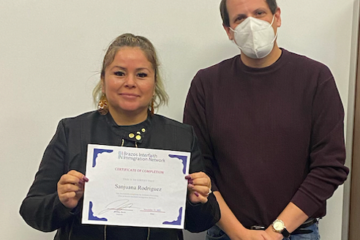