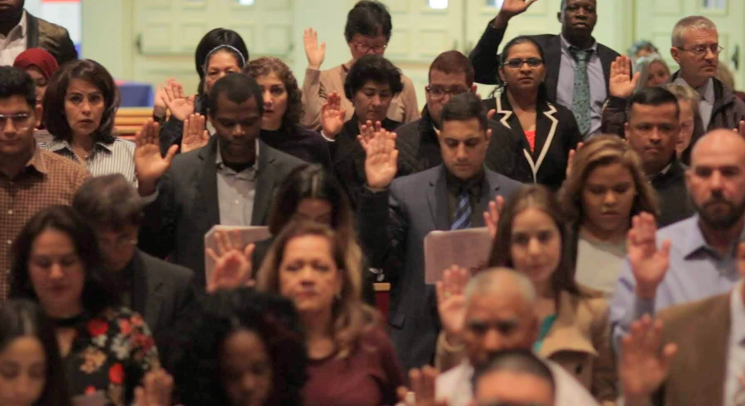 Meet Anarela Mitchell. Originally from Caracas, Venezuela, Anarela has been traveling back and forth for the last 30 years, but has been living in the United States for the past five years. Due to unforeseen circumstances, Anarela and her family decided to move permanently to the U.S. to provide a better life for her children and herself. Anarela has had the opportunity to get her legal permanent residency since initially arriving in the United States. She claims that overall the residency process has gone smoothly for her. Currently, she is in the process of applying for U.S. citizenship.  Given the backlogs that USCIS is facing, Anarela has been waiting for over a year for her naturalization interview to be scheduled.

Anarela currently lives in Bryan, Texas, with her husband. She feels lucky that three of her four kids live in the United States, along with five of her grandchildren. Before migrating to the United States, Anarela earned a degree in nursing and worked in this field in Venezuela. Despite her professional background, Anarela recognizes that one thing she struggled with after coming to the U.S. was learning another language and unfamiliar customs.

In the spring 2022 semester, Anarela was one of the devoted students attending the citizenship preparation classes that BIIN offers in Spanish. In addition to joining these classes, Anarela has spent time outside of class studying for the exam, so she will be prepared when she finally has her interview. For all of us involved in BIIN’s citizenship classes, it has been a privilege to see Anarela’s passion for becoming a U.S. citizen. She jumps at every opportunity to participate in class and often helps her fellow students understand specific points. 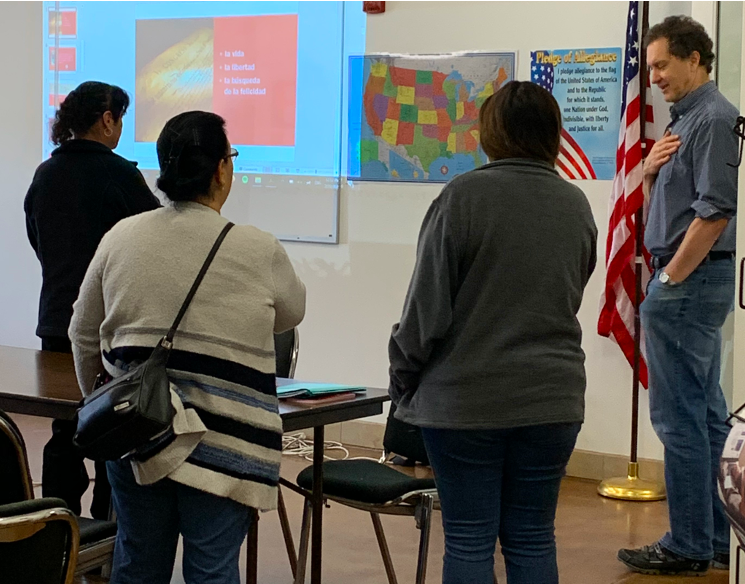 Like many other prospective “new Americans,” Anarela Mitchell is deeply determined to do all that she can to be prepared for her naturalization interview. After waiting for years and investing in her new life here, Anarela longs for the day when she will finally be officially recognized as a citizen of the United States and be able to participate in all the privileges and responsibilities that come with citizenship, like voting. Thank you, Anarela, for joining us at BIIN and for sharing your story with us!

Thanks to spring 2022 citizenship intern Juliana Menjivar for interviewing and crafting this portrait of Anarela Mitchell. 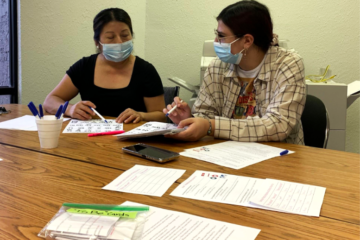 Immigrant Stories: Nara Vera Nara (right) working with a fellow student to learn new vocabulary and the verb “to be” during an early summer 2022 Conversational English class at BIIN. Every Wednesday night, student Nara Read more… 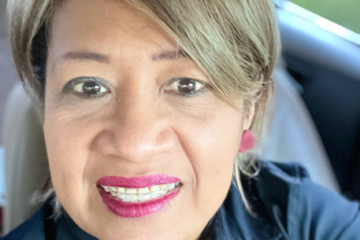 Immigrant Stories: Isabel Noriega Meet Isabel Noriega. She has five children, one son and four daughters, all adults now. She and her family are from the state of Tamaulipas, Mexico, where she worked for 20 Read more… 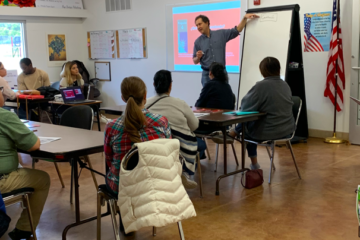