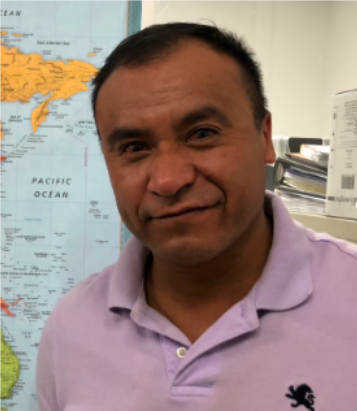 Enrique Espinoza has lived in Texas for several years, but he can still remember how confusing it was when he first arrived from Mexico. Even a simple task such as buying a cold drink stirred up fears. Unable to speak English and unfamiliar with prices and currency in the U.S., he knew he could easily be taken advantage of at the checkout. But he wasn’t going to let that stop him.

Having heard about BIIN through a friend, Enrique started attending Conversational English Classes. He is quick to credit teachers Susan Dennis, Greyson Holt, and Jake Mason for their kind and welcoming attitudes:  “They have such big hearts — you can tell they really care about everyone who walks in.” Enrique also points out that another advantage of BIIN’s English classes is the presence of friendly volunteers. Having multiple native speakers in every class makes it easy to ask questions and get help with pronunciation.  Between eager students and willing volunteers, the classroom fills quickly: “Sometimes every chair is taken!”

Although he works long hours, Enrique makes a point of attending Conversational English Classes every Monday and Wednesday evening.  He knows that anyone who wants to really learn a language has to keep practicing, and he’s proud to be one of the regulars who come as often as they can. “We have a solid group,” he says, “And I learn so much from the others.”

Outside of class, Enrique works on his English by listening to music, watching tv, and talking with people whenever he can. He plays music and helps teach catechism at a local church, and hopes that soon he will be able to attend classes at Blinn — a goal that now feels within reach. These days, when Enrique stops by the corner store, he’s no longer afraid to chat in English with the cashier. They exchange pleasantries and she remarks on his progress.  Pocketing the change, he smiles, knowing that his hard work is paying off. 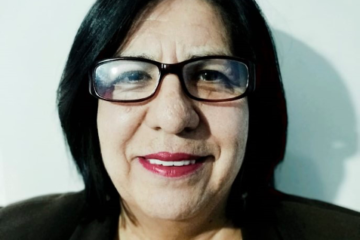 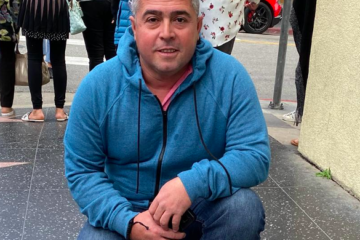 Immigrant Stories: Rafael Sepulveda Rafael Sepulveda is one the faithful few that have been attending the level 3 conversational English classes at BIIN this fall, and his hard work and determination extend beyond the realm Read more…