Recently, a man who works in construction came to BIIN, to ask for help recovering wages for a job he had done. To make it easier to tell the story, we will call him “Mr. Perez” (not his real name). One day on the work site, it was very rainy, so the work that Mr. Perez and his crew had done wasn’t drying. Seeing this, they decided it was best to go home, and come back the next day, when it would have dried, so they could continue. When they came back, they learned that the supervisor had fired them, as he claimed, for “not working.” He also said that he wouldn’t pay Mr. Perez and his crew for any of the work they had already done, alleging that “they didn’t finish it.” Because Mr. Perez knew this was illegal, he came to BIIN for help in resolving this issue.  He was put in touch with Nancy Plankey-Videla, a BIIN board member and long-time volunteer who has been involved in pursuing many similar cases of workers’ wage recovery.

The first step was for BIIN to send a letter to the supervisor:  to let him know that he needed to pay Mr. Perez for his work and that members of the community would continue to pressure him until the issue was resolved.

After sending this letter, Nancy Plankey-Videla went with Mr. Perez to talk to the supervisor in person about the overdue wages. He made many excuses about why he wasn’t going to pay them, including claiming that the crew hadn’t finished the work on time. However, the supervisor had not even given the crew a deadline to meet. Nancy dismissed his excuses and insisted that he needed to pay the crew. The supervisor eventually agreed he would pay the workers for their labor.  But nothing happened.

Nancy went to see the supervisor a second time, this time with Cecilia Hawkins, a founder and past president of BIIN, and Trent Williams, a pastor from Friends Congregational Church. By coming together to talk with the supervisor, they made it clear that this was a community effort and that they were serious about the issue. This time, the supervisor said that he didn’t yet have the money to pay the crew back, but promised that he would have it by a particular date.

When that date came, Nancy was unable to go, so her husband Robert Mackin went in her place, with Mr. Perez, to see the supervisor. Anticipating the excuses the supervisor might give, Mr. Perez told Mr. Mackin that he was willing to accept the highest amount the supervisor offered, just so he would be paid.  Mr. Perez had already paid his crew what they were owed on his own. The workers had families and children to feed, and Mr. Perez didn’t want them to suffer and never get paid. Although it was a kind and generous act, it was also one that left him with no money. Keeping this in mind, Mr. Perez and Mr. Mackin talked to the supervisor again. In the end, the supervisor paid him $1,250, almost the complete amount owed.

Although this sum should have been greater, Mr. Perez was very happy and appreciative to have gotten anything back at all. It was a victory made possible by the pressure the community put on the supervisor. This sustained pressure, along with the threat of going to court if he didn’t pay, forced the supervisor to give in.

Sadly, cases like this are not uncommon. Nancy Plankey-Videla has worked on many wage recovery cases before. There was a case a couple of years ago where two groups of workers had been fixing a campus dorm. The groups were Venezuelan and Mexican in origin. Like Mr. Perez and his crew, they worked but didn’t get paid for it.  Nancy recalled how she went with Mary Campbell, a citizenship class teacher and board member at BIIN, and Pastor Dandiville, from Friends Congregational Church. They tried speaking to the supervisor, who was friendly enough but indicated that he was not in charge of paying workers. When they moved up the ladder, the next person they spoke with was very aggressive and threatening. Nevertheless, they worked with the company until they succeeded in getting the 20 workers the wages they deserved (a sum of $30,000-$40,000).

Wage theft is prevalent, but we as a community are ready to stand up for people who are being taken advantage of. BIIN cares about the rights of everyone in our community, including undocumented workers. People who try scamming workers out of their pay need to know that BIIN can and will take action to protect those in need.

Anyone who agrees to do work should have a written contract with the employer, spelling out things such as deadlines and expectations for the work to be done. This way, if anything happens, workers will have a written agreement to refer back to. It can also be used in court, if it goes that far. It is also essential to be aware of your rights as a worker. To prevent employers from taking advantage of them, workers need to know what is legal and what isn’t.  Local workers should also remember that they are not alone.  The community is watching, and BIIN is there to support people when needed. 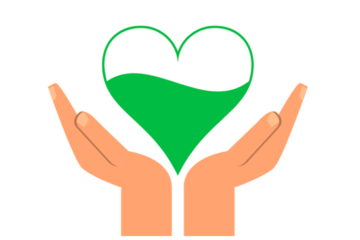 This year, give your friends and family gifts of kindness that help local immigrants. Your gift receipt will receive a specially designed e-greeting card of your choice and the joy of knowing that, because of them, immigrants will have access to... 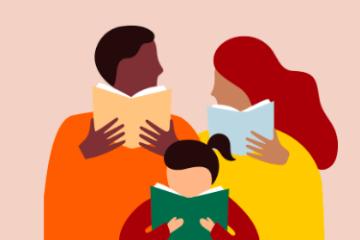 As 2020 draws to a close and the U.S. anticipates new leadership from the White House, many people have been wondering what this may mean for immigration law, policy and regulations.  For those interested in learning Read more… 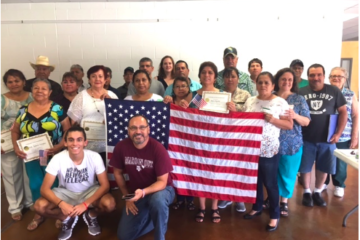 For a decade now, BIIN has served the Brazos Valley:  promoting the human dignity and well-being of all immigrants in our community, by offering classes and programs that meet a variety of needs, advocating for Read more…